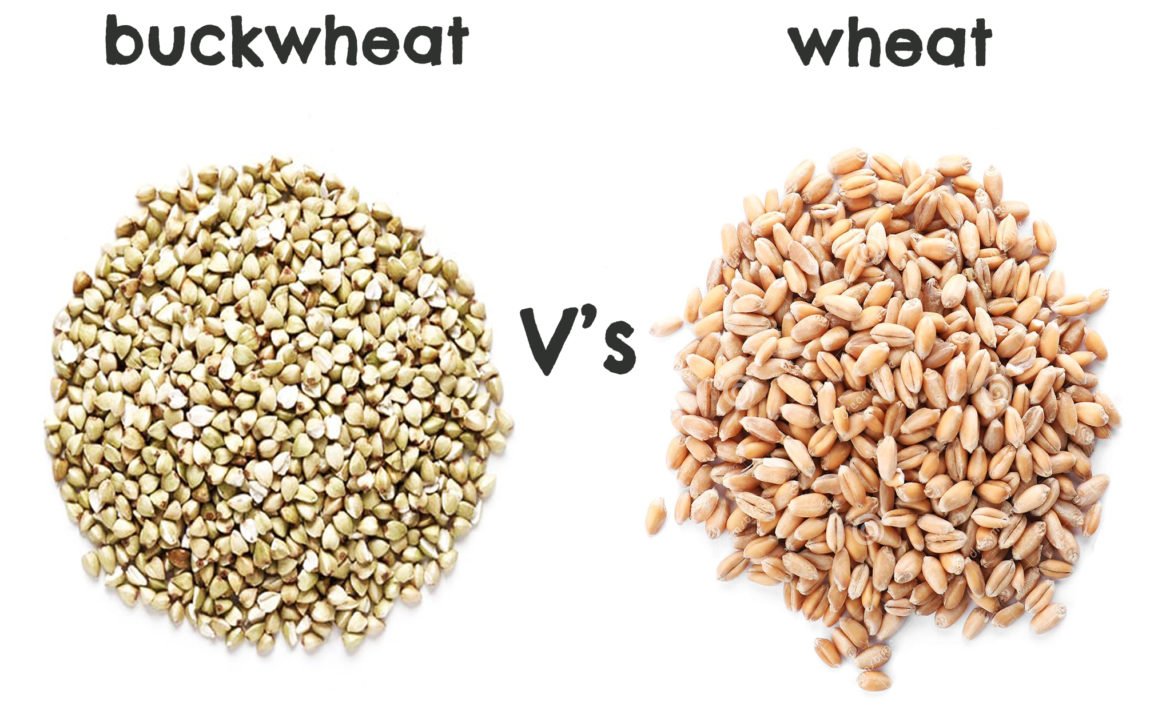 Buckwheat V’s Wheat: Which One is Healthier?

The debate between Buckwheat and Wheat has been around for many years, some say Buckwheat provides more health benefits…

Some health experts have stated they feel Buckwheat is the healthier option. While others have a different take on the topic, with the opinion wheat is more healthy.

Whatever way you look at it, here’s some facts on what Buckwheat and Wheat actually is.

Wheat is a grain, being one of the world’s staple foods – with billions of people consuming it daily.

Wheat is globally the most consumed cereal grain, after rice.

Buckwheat on the other hand is a seed, not a grass like wheat – known as a pseudo cereal.

Used in food industries as a cereal, not as you would normally use a seed.

Hence being known as a’pseudo cereal’.

Both Buckwheat and Wheat have low Lysine content, which is an essential Amino acid. Another benefit of Buckwheat is it’s Gluten Free which is a protein linked with gluten intolerance and celiac.

We all need carbs, for so many reasons. Both Buckwheat and Wheat contain a good healthy quantity of carbs. Carbs are great for energy release. Whole-grains are a well-known super-food.

Buckwheat has a low GI, however in comparison both Wheat and Buckwheat have equally good carb content.

Fiber is another vital contributor to a stable, healthy diet. From helping keep weight down, keep our bodies working as they should and provides protection against a number of diseases and health issues.

Both Buckwheat and Wheat contain a good quantity of fiber content.

Wholegrains are a great source of antioxidants and a vital part of our daily diet.

Micronutrients are plentiful in both Buckwheat and Wheat. Both contain good quantities of phosphorus, which is found in every cell of our body and is an essential mineral for our bone and teeth health.

Buckwheat contains a high quantity of magnesium, which is good for our heart, helps to keep our immune system healthy and keep our nerve and muscle functions in check.

Wheat is high in selenium which is known to help keep bodies hormones, thyroid and DNA synthesis in order.

Both also contain another valuable micro-nutrient that is vital for our bones and teeth, known as phosphorus, however Buckwheat is higher in niacin when compared to whole wheat.

Which is Healthier – Final Conclusion

Which is the healthy option, Buckwheat or Wheat?

In conclusion, both wholegrains hold a wealth of nutritional properties and are a vital part of a balanced diet.

There is a lot of controversy about wheat – which there never used to be. The problem isn’t that wheat is no longer good for us.

The problem is how we have started using wheat.

Nowadays, we use the refined version of wheat and consume far too much of it. Buckwheat has more nutrients than wheat so acts as a great balance to help keep our bodies healthy.

If you have any questions about any of the food products manufactured and supplied by Big Oz, part of London Food Corporation. Contact us on – 01932 788 373 or email us at – info@bigoz.co.uk.

Join Us On Social Media…